Since 2008, I am working with an international team including Alistair Pike (University of Southampton), Marcos Garcia Diez (University of the Basque Country), Joao Zilhao (University of Barcelona) and many more on a project to date Palaeolithic cave art of the Iberian Peninsula by U-series techniques. Recent progress on minimising sample sizes needed for U-Th dating makes it possible to date small amounts of carbonate taken from deposits in direct stratigraphic relationship with cave art to constrain the age of the painting itself. Our methods are published in detail in Quaternary Geochronology. Our work includes cave art in World Heritage sites such as Altamira and Tito Bustillo or other famous cave art sites like Cuevas del Monte Castillo.
Some of our results were published in Science. The article, which was also the cover story of the Science issue, was accompanied by a perspective article highlighting the importance and potential of U-series dating for cave art research.

This video shows some impressions of El Castillo cave where we dated cave art like the panel of hand stencils or the galery of dots. 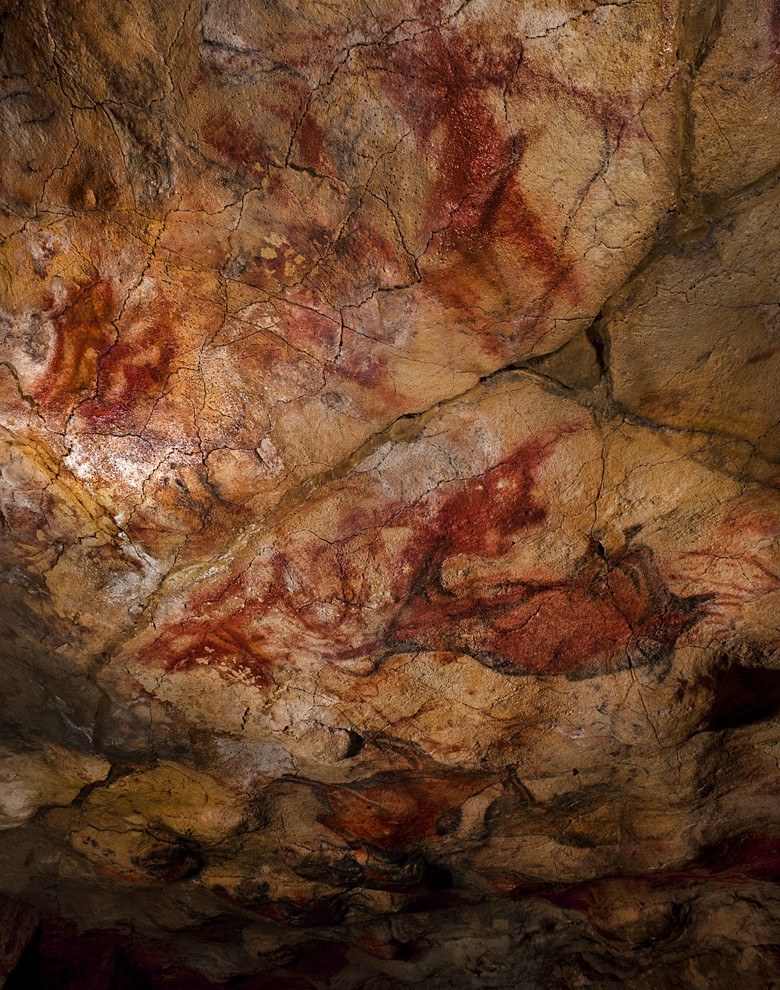 (Picture by Pedro Saura, used upside down for Science cover. The picture shows a part of the polychrome chamber in Altamira, including the claviform-like symbol in the upper left part of the picture. The white calcite partly on top of it was dated as part of the project.)

We found an age of 36.16 ± 0.61 ka for calcite, which formed on top of a claviform-like symbol in the famous polychrome chamber of Altamira cave. This means that the painting underlying the calcite has a minimum age of 35.6 ka because the calcite formed after the painting was done. Cave painting started in Altamira cave at least 35.6 ka ago and thus earlier than previously thought. 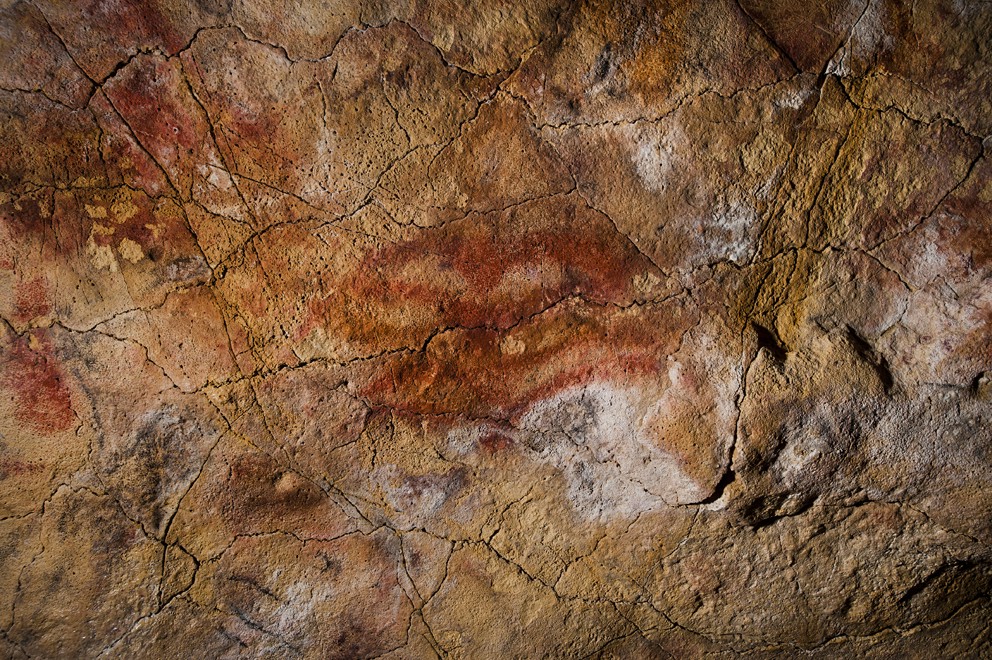 (Picture by Pedro Saura, it shows details of the claviform-like symbol in the Polychrome chamber and the white calcite partly on top of it which was dated as part of the project.)


Panel of hands in El Castillo 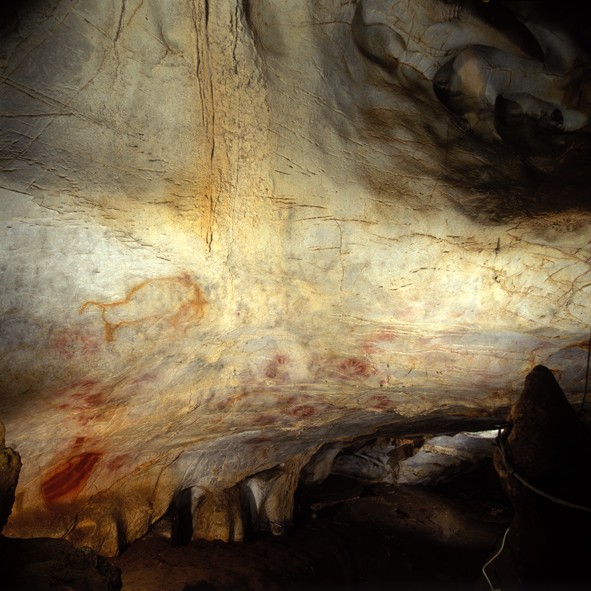 (Picture by Pedro Saura, Panel of hands in El Castillo)