U-Th dating results show that cave art at three sites in Spain is much older than previously thought. With an age in excess of 64,000 years it predates the arrival of modern humans in Europe by more than 20,000 years. The cave art must thus have been created by Neanderthals. Neanderthal art was identified in three different caves in Spain: La Pasiega, Maltravieso and Ardales. La Pasiega is part of the UNESCO World Heritage site at Monte Castillo, which also include El Castillo. In El Castillo, we previously obtained a minimum age of 40.800 years for a red disc on the Panel of Handstencils. In the light of the new results in La Pasiega it seems likely that cave paintings in El Castillo are also of Neanderthal origin.
Neanderthals created meaningful symbols in meaningful places and creation of the art, which includes a hand stencil in Maltravieso, involved planning a light source, mixing pigments for colouring and choosing a proper location. Therefore, their cognitive abilities must have been silimar to early modern humans.
Our results were published in Science. The article, which was also the on the cover of the Science issue, was accompanied by an in depth article by Tim Appenzeller, who describes implications and expected discussions arising from our work.
The Photo Galleries with pictures from


give an impression of the art.

Watch how we get minimum ages for cave paintings.
 


This picture shows a wall with cave paintings in La Pasiega, including Panel 78, where we found evidence for Neandertal origin of cave art. 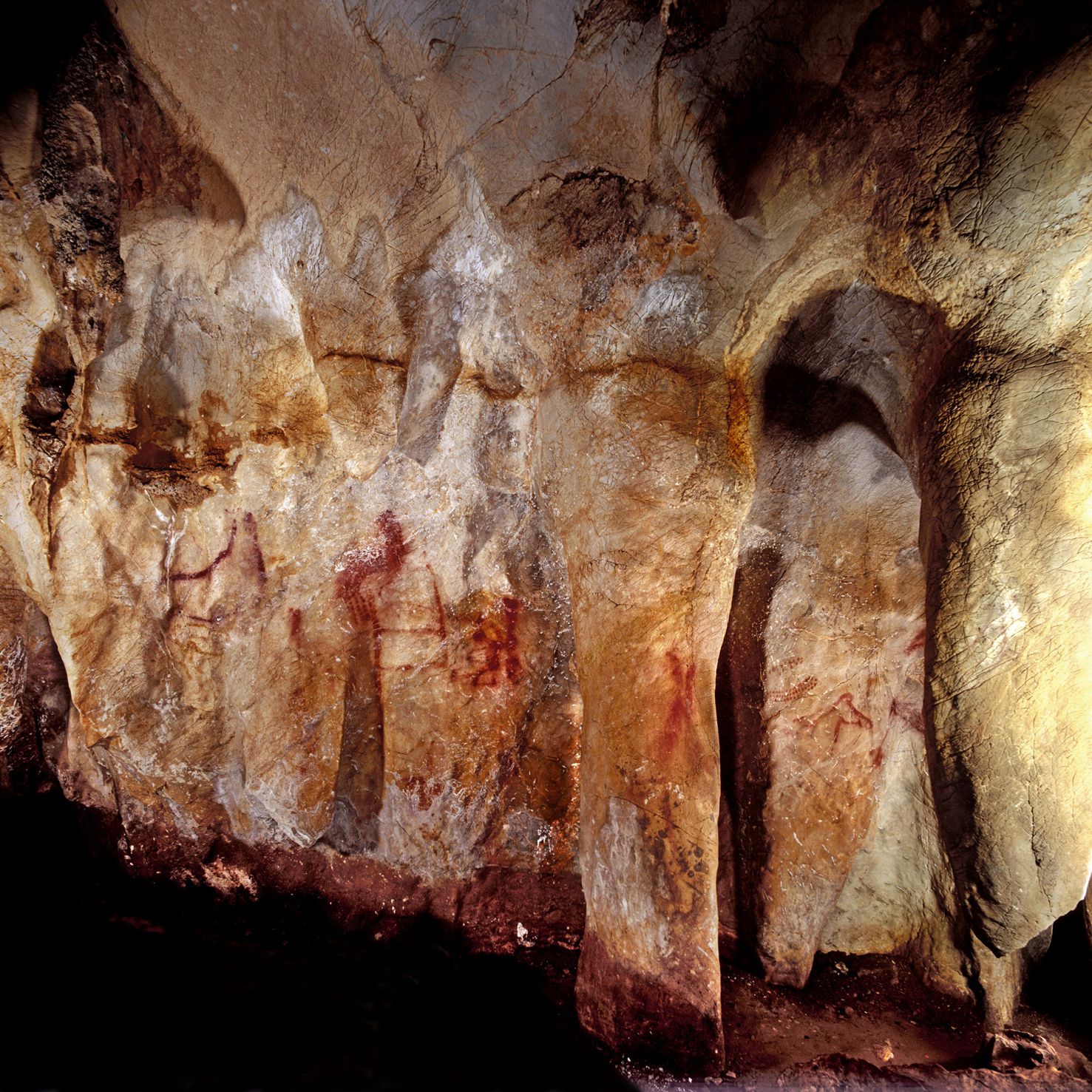