PNAS published an article about a newly discovered fossil human cranium. U-series (U-Th) dating of associated calcite formations constrains the age of the Middle Pleistocene cranium between 390,000 and 436,000 years. I am involved in the international team working on the Almonda cave system. In 2013 we discovered a fossil human cranium in the Gruta da Aroeira which is part of the Almonda cave system (Torres Novas, Portugal). The cranium was found in sediments which accumulated on top of a stalagmite column and calcite crusts also formed on the cranium after its burial. U-series dating of the calcite formations was done by me in the Department of Human Evolution, Max Planck Institute for Evolutionary Anthropology. The results provided maximum and minimum ages for the cranium and revealed an age between 390,000 and 436,000 years. The Aroeira specimen is the westernmost Middle Pleistocene cranium found in Europe and one of the best dated Middle Pleistocene specimen. It might help elucidate hominin evolution in Europe during the Middle Pleistocene, including the origin of the Neandertals. The study, led by J. Daura from the University of Lisbon, included researchers from Portugal, Spain, Germany and the US. Our results were published in PNAS. 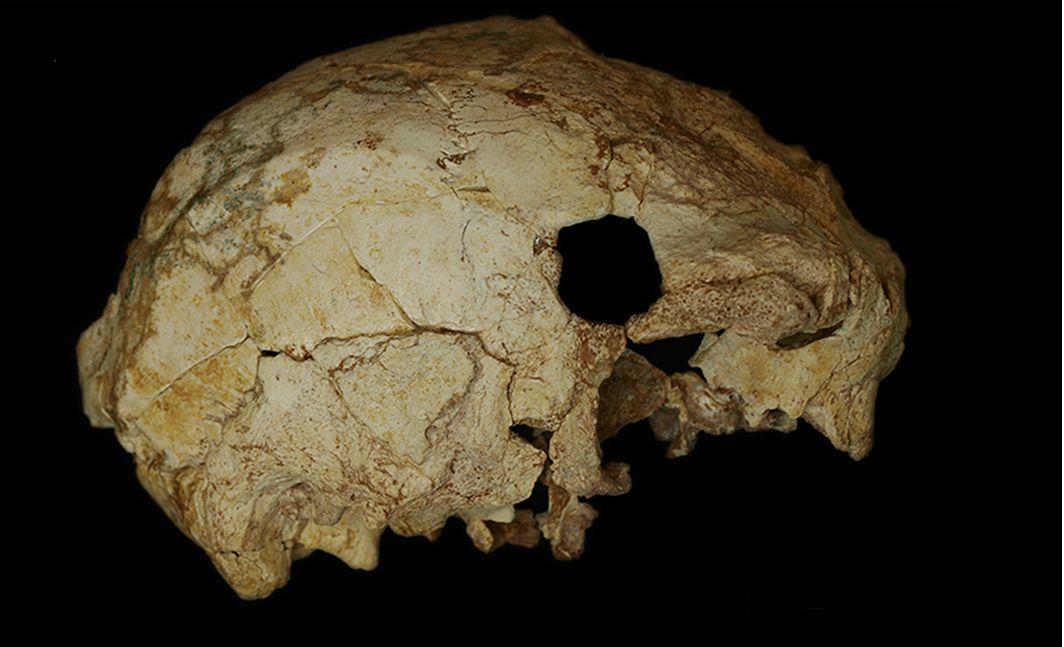