Small calcite samples (about 20 mg) taken along the growth axis of a stalagmite can be dated by MC-ICPMS. Using the StalAge code, designed by me and Denis Scholz, an age model can be interpolated between dated points, as shown for the stalagmite SC-06-01 from Libya (Hoffmann et al., 2016). The red lines show position of red layers in the stalagmites which indicate red dust deposition. In some cases the red line is accompanied by a growth hiatus (solid red line). The stalagmite formed in a cave that is dry today and the growth phases indicate times with more water in the cave and therefore more effective rain fall. 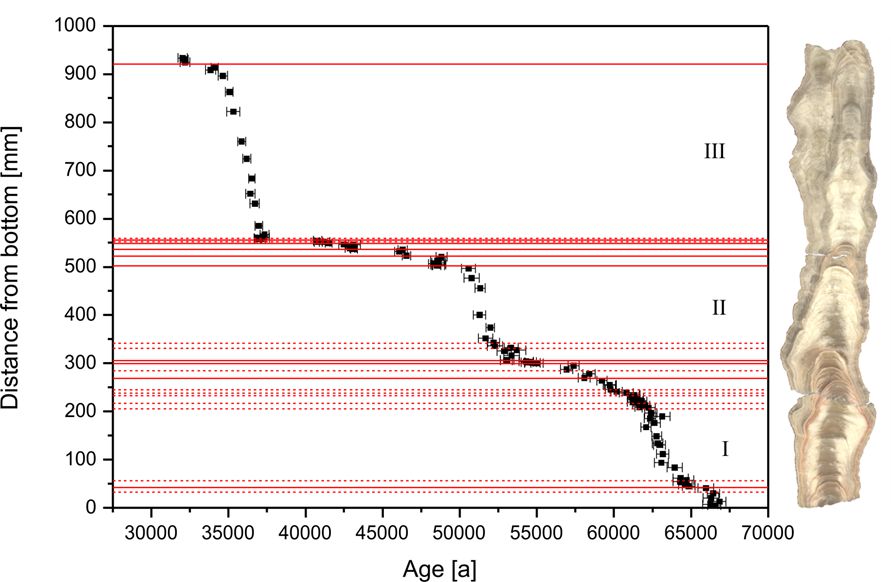 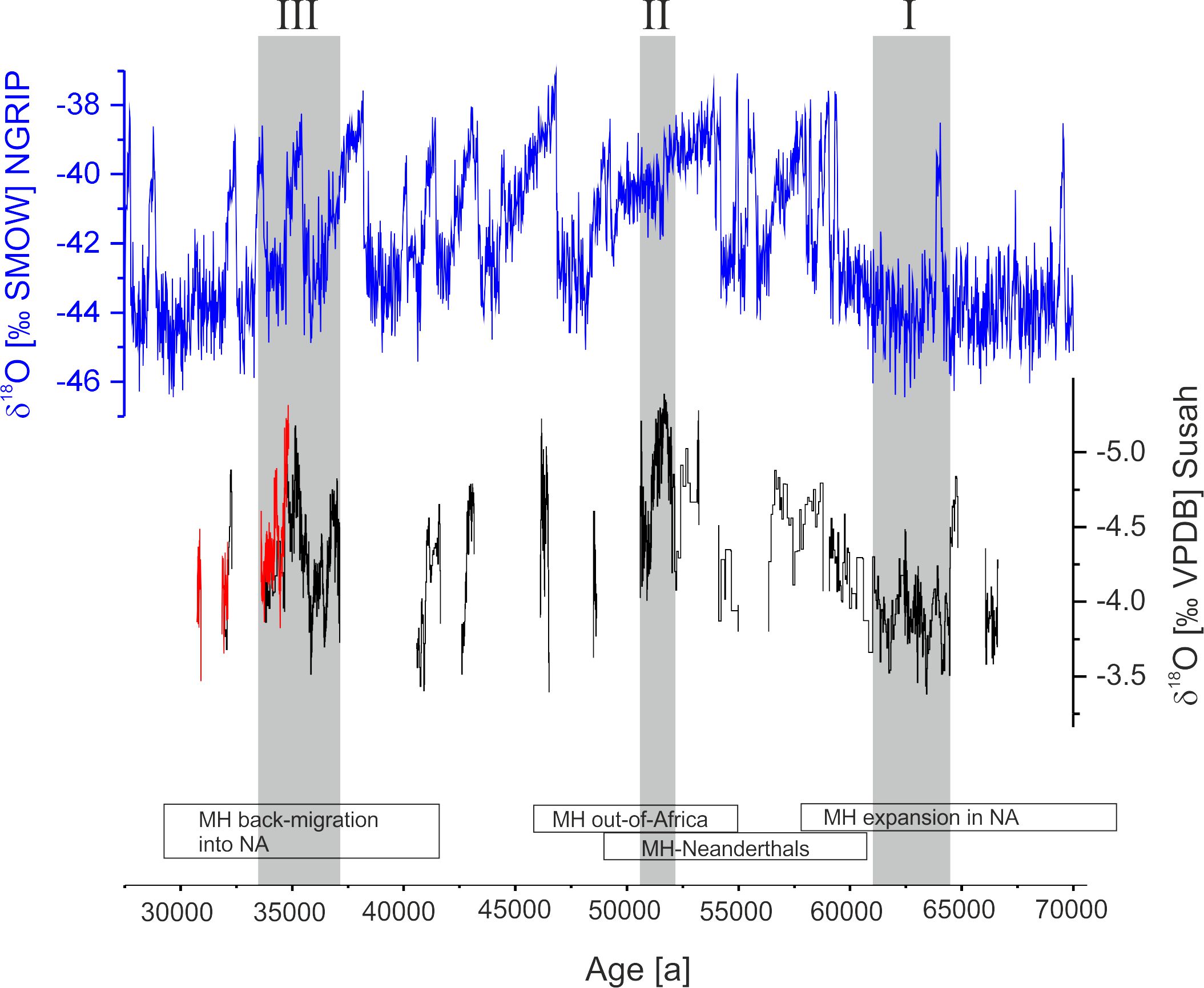